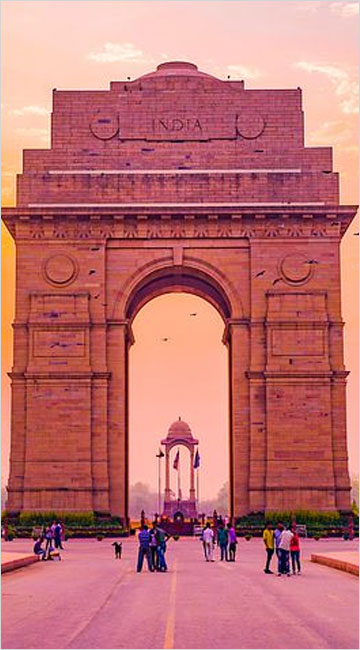 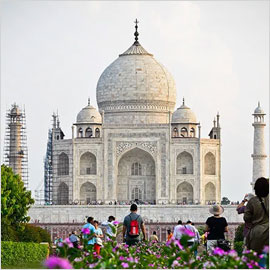 On arrival pick up from Manali Bus stand - Transfer to Hotel -Trip to Manikaran - Kullu evening back to hotel - Dinner at Hotel. Overnight Stay.

Manikaran is 45 km from Kullu. Manikaran lies in the Parvati valley of  Kullu district. The spring are situated near the bank of Parbati river. These are confined to several groups of hot water springs emerging at various locations spreading upto a distance of about 1.3 kms. along the river from the old bridge to Brahmaganga. The springs at Manikaran come out to surface with pressure and are very hot. There is no sulphur or iron mixed in the waters, but it is said to be radio active. The water of these springs is so much hot that pulses ( dal ), rice, vegetables etc. can be boiled and cooked in it. There is a Gurudwara here serving visitors and provides night stay. In the Gurudwara, the dal, rice and vegetables are boiled in the hot water and served to the visitors after cooking them fine and surprisingly the meal is tasty. Vegetables etc. are cooked in a pan resting on the hot water.

Set at a distance of 13 km from Manali city, Solang Valley lies between Solang village and Beas Kund. Offering stunning views of the snow capped mountain peaks and alluring glaciers. The Solang valley is popular for his fine ski slopes which makes it’s a perfect skiing destination of Himachal Pradesh. During summers, Solang Valley turns into best paragliding, Zorbing, and horse riding destination of Himachal Pradesh. In winters, the valley becomes a skiing paradise for all as it offers everyone to ski over fresh white snow.

Situated at an altitude of 3979 mtrs above sea level and 51 kms outside Manali is the mighty Rohtang Pass - the gateway to Lahaul-Spiti valley. It affords a wide panoramic view of the mountains. Here one sees the majesty of the mountains at its height and splendour. At the top of the pass the air seems to glitter against the snow as you look down over herringboned ridges into the Lahaul valley.

After Breakfast, check out from the Hotel - Go for HALF A DAY LOCAL SIGHT SEEING - evening Drop at Manali Volvo point to Board Bus to Delhi (Overnight Journey)

Hadimba Temple is dedicated to the wife of Bhim, one of the five Pandava brothers in the Indian epic Mahabharata. As the legend goes, Bhim married Hadimba and they had a son. Later on, Hadimba left the place and became a spiritual.

Vashist springs and templein a tiny hamlet situated on the bank of Beas River that turns towards Rohtang. It is well known for its hot sulphur springs and temples. Taking a dip in this water is considered sacred by many. Nearby is the pyramidal stone temple devoted to Vashist Muni, a revered sage,

​Nehru Kund is a natural spring in the region. Located at a distance of around 6 km from Manali, it has been named after the late Prime Minister Jawahar Lal Nehru. The Kund has derived its name from Nehru, as he used to drink water from it, on his journey to Manali,

The Manali Gompa which serves as an important gathering place for Buddhists from Lahaul, Spiti, Kinnaur, Ladakh, Nepal and Tibet. Built in the 1960s, the new monastery is famous for its wall paintings, Chortens and a large statue of Lord Buddha,

Van Vihar which is a municipal garden is situated in front of the Tibetan market on Mall Road. In the lake located within the park, tourists can opt for boating. The park is adorned with big deodar trees.

Morning on Arrival Pick up from Volvo point at Delhi - Transfer to the Hotel for Fresh Up - Drive to Agra - Visit the TAJ MAHAL & AGRA FORT - Overnight Stay at Agra.

Commissioned in 1632 by the Mughal emperor Shah Jahan to house the remains of his cherished wife, the Taj Mahal stands on the southern bank of the Yamuna River in Agra,India. The famed mausoleum complex, built over more than 20 years, is one of the most outstanding examples of Mughal architecture, which combined Indian, Persian and Islamic influences.

Morning after Breakfast - Check out from the Hotel at Agra - Drive back to Delhi - and in time Drop at Delhi Airport for Return Journey. 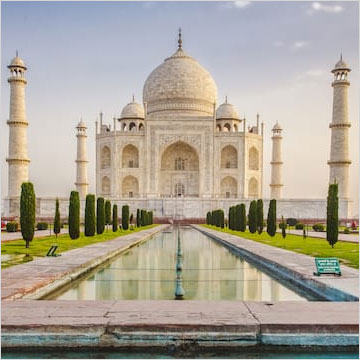 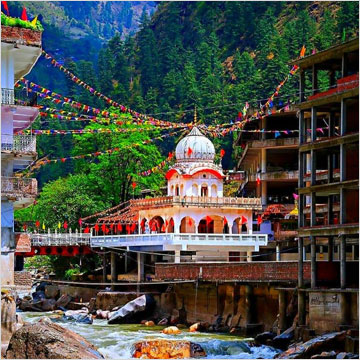 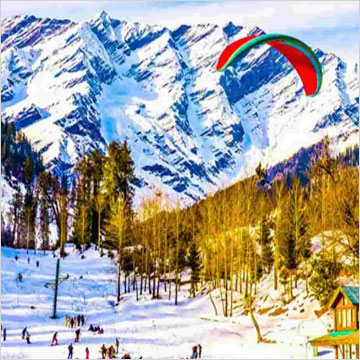