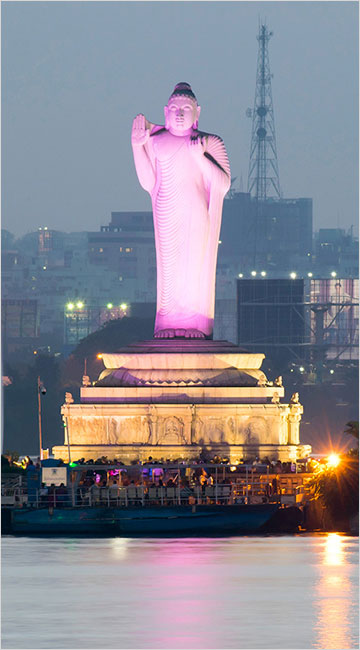 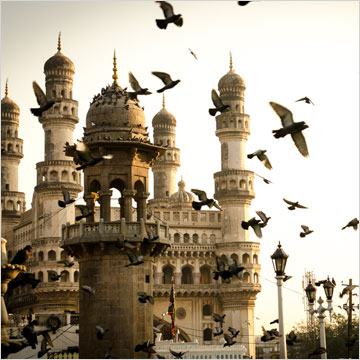 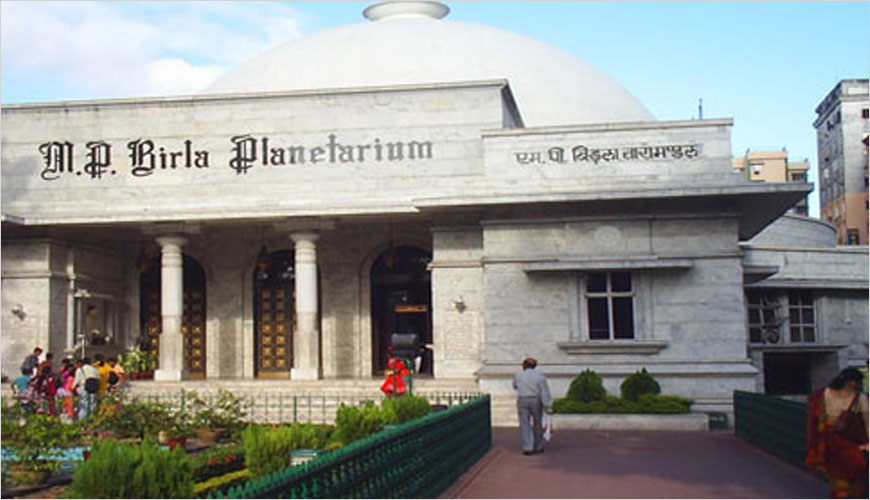 Snow World - India’s first and World’s best snow theme park helps to experience snow fall and polar climate as if it is a polar region, then proceed to:

Birla Mandir- 2000 tonnes of white marble from Rajasthan mixed with 10 years of dedicated work of sculptures – created this captivating Temple, standing on a 280 feet high hill.

Lumbini Park - Lush greenery, entertaining rides, calm environment all at one place. Must watch - Laser Show and Musical fountain show in the evenings. Boating at Hussain Sagar lake not to be missed.

Hussain Sagar : It is a heart shaped lake in Hyderabad built by Ibrahim Quli Qutub Shah in 1563, during the rule of Ibrahim Quli Qutub Shah. It is spread across an area of 5.7 square kilometers and is fed by River Musi. A large monolithic statue of the Gautama Buddha, erected in 1992, stands on Gibraltar Rock in the middle of the lake. It also separates Hyderabad from its twin city Secunderabad. The maximum depth of the lake is 32 feet.

Chowmahalla Palace - Built in the 18th century during the rule of fifth Nizam, Afzal-ud-Daula, Asaf Jah V, said to resemble Shah Palace of Tehran in Iran in its architectural beauty.

Charminar - Built in 1591 by Sultan Mohammed Quli Qutb Shah in the honour of his wife Bhagmati. Also known as known as ‘Arc de Triomphe of the East’

Morning after Breakfast - Full day at RAMOJI FILM CITY - Evening back to Hotel and stay Overnight at Hotel.

Ramoji Film City - One of the largest and glamorous film studios in the world, Ramoji Film City has also secured a place in the Guinness Book of World Records. Captivating architecture of the studios accompanied with a range of modern settings makes it a favourite place of film-makers; while a wide array of entertainment choices makes it a popular choice of tourists.

Morning after Breakfast, Check out from the Hotel - and in time drop at Hyderabad Airport for return Journey.