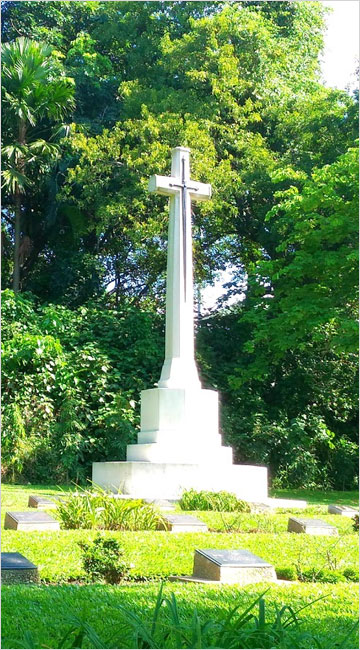 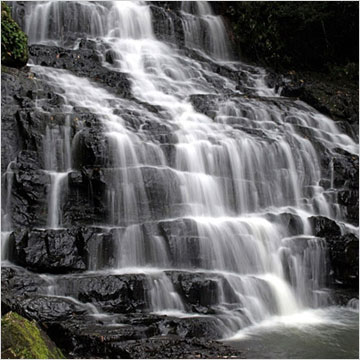 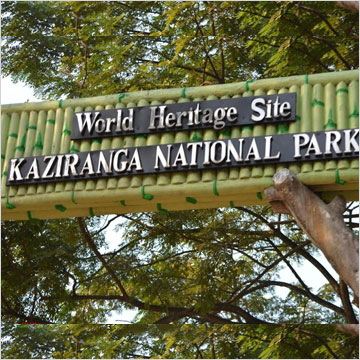 The Capital of Meghalaya, Shillong is one of the major tourist destinations in North East India. The British loved this place so much that they had established its Capital for Eastern Bengal and Assam For its climate and unique topographical features the British referred Shillong as the “Scottland Of The East”.

On arrival Pick up from Guwahati Railway station/Airport - Drive to Shillong - Transfer to Hotel - Half Day Sight seeing/Relax - Overnight stay at Shillong.

Elephant Falls: Located in the Upper Shillong 10 kms away from the Shillong town it is one of the majestic waterfalls in Meghalaya. The water of this three steps falls comes down in flows from different levels over the fern-covered rocks and falls into the canyon down below. In the morning it forms a wonderful sight when the sun rays fall on the cascades of water creating the rainbow colors. The best time to visit the waterfalls is during the monsoon when it offers a breath-taking scenery. The forests covered with ferns and thick bamboo grooves are also worth visited for the nature lovers to find the presence of various species of butterflies, birds and orchids.

Wards Lake: Wards Lake is located in the heart of the Shillong City adjoining to the Governor’s Residence. Shaped like a horseshoe, it is one of the prominent hang-out spot in Shillong. This century old lake was built by an engineer named Mr. Pollock. Hence it is also known to be as "Polok's Lake". One can opt for boating and pleasant walks on the cobbled sand stone pathways covered with varieties of flowers. The lake also has an arched bridge from where one can feed the fish.

Cathedral of Mary Help of Christian: Situated in At Laitumkhrah, it is the largest Cathedral in Meghalaya attracts thousands of devotees. The colorful glasses of the skylight window along with the paintings of the Jesus spreading the messages of God are influenced by the European art and architecture.

CHERRAPUNJEE is a small hamlet, situated at an altitude of about 4823 feet (1484 m). Locally known as ‘SOHRA’. Cherrapunjee is located in the southern most point of Khasi hill sharing the border of Sylhet district of Bangladesh. Cherrapunji offers a panoramic view of the hilly terrains, deep gorges and valleys with its spectacular waterfalls. It was once having the record of being the wettest place on earth, with an average rainfall of about 1150ms. However, this record has been overtaken by a nearby place Mawsynram.

After Breakfast – Excursion to CHERRAPUNJEE – Evening back to Hotel - Overnight stay at Shillong.

Enroutre Shillong Peak on the way to Cherrapunjee: It is the highest point of Shillong, located in the upper Shillong an an altitude of 1961 meters (6,433 feet). It is located 5 kilometers away from Shillong and on a clear day one can enjoy the beautiful view of the entire city.

Nohkalikai falls: This waterfall located 4 kms away from Cherrapunjee and is possibly between 1500 and 2000 feet tall. Known to be the fourth longest fall in the world it carries a pathetic legend behind its name. A woman named Ka Likai had a illegitimate child. After marriage the husband became jealous of her love for her daughter. One day Ka Likai was out for work and her husband killed the daughter, cooked her flesh into a meal. When the woman enquired about her daughter, her husband showed the sign of ignorance. Before she went to look for her daughter, she thought of eating something and had the meal that her husband prepared for her. After having the meal she found both the wrist of her daughter in the betel-nut basket. Then she realized what had happened, killed her husband with a dagger and threw herself off this cliff of this falls. This is how the falls got its name which means "Fall of Ka Likai."

Mawsmai Cave: This 250m long cave is the major attraction for the tourists in Cherrapunjee. This cave is located 6 kms away from Cherrapunjee near to Mawsmai village. This natural limestone cave is wide enough for a person to walk comfortably, and one can see the myriads of stalagmites and stalactites all over the caves which are growing gradually.

Thangkharang Park: Thangkharang Park is situated 12 km from Cherrapunjee. The park is the house of various orchids and birds. One can see the 180 degree view of the plains of Bangladesh on a clear day.

After Breakfast - Check out from the Hotel at Shillong - Drive to Kaziranga - Transfer to Hotel - Overnight stay at Kaziranga.

After Breakfast - Check out from the Hotel at Kaziranga - Drive to Guwahati - Transfer to Hotel - Overnight stay at Guwahati.

Guwahati is Situated on the Southern bank of the mighty River Brahmaputra in Kamrup district of Assam. Previously it was known as Pragjyotishpur (The City of the eastern Light) Guwahati is the fast growing premier city and it is also the gateway to the North Eastern states of India.This city subsequently got the name Guwahati (Guwa-means beetlenut and Hat –means market in Assamese)

After Breakfast Check Out from the Hotel at Guwahati and in time drop at Guwahati Railway Station/Guwahati Airport for return Journey.

Kamakhya Temple: The origin of Kamakhya Temple is pre Aryan situated atop the Nilachal Hill. The formost shrine of Assam, The Kamakhya is an ancient seat of Tantric and shakti Cults of Hinduism. The original temple was destroyed by the invading Muslims in their crusade against Hindu temples and idols in the early part of 16th century. Ultimately it was restored from ruins by King Naranarayan of the Koch dynasty and rebuilt in its present forming 1665 AD.

Shankardev Kalakshetra: a place where Assamese history and culture is depicted in a sprawling open enclosure. It has a beautiful museum where they preserved the masks (these masks are made in Majuli island), the traditional dresses and jewellery of the entire North East India. A Namghar (Assamese prayer Hall) and an open air theatre has been constructed to perform the plays and other cultural activities during festivals.

Guwahati War Cemetery: Built and maintained by the Commonwealth War Graves Commission. The cemetery was started during the war when several military hospitals were posted in the area and was originally for burials from these hospitals. There are now 517 causalities buried in this cemetery.